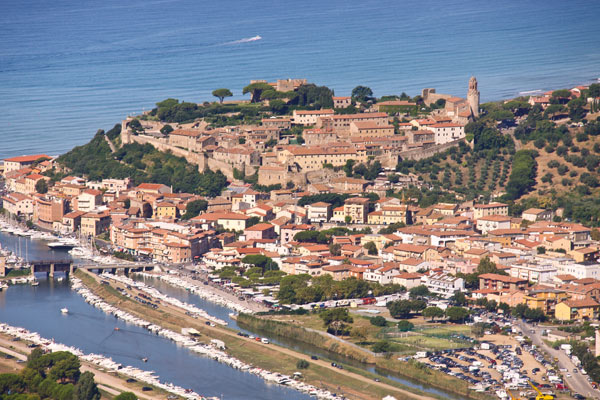 
Located in the centre of the “Maremma Tirrenica”coast, Castiglione della Pescaia is an ideal destination for its crystal clear sea and the very fine sandy beaches Here nature with its uncontaminated wild beauty is conserved intact and its sugestive Etruscan, Roman, Mediaeval and Renaissance historical background of the past.


In the high “Borgo” of Castiglione one can admire the fortification walls dated back to the domination of Pisa , “La Porta Urbica”, the church of “S. Giovanni Battista”, the impressive castle that superimposes the port from the highest part of the town which under the domain of the “Aragonese”(1447-1554) and the Medici palace of Eleonora from Toledo was enlarged.

Amongst the inland “Borghi” are the pretty centre of “Buriano”with the remains of its antique fortress, Tirli, with its splendid panoramical position and Massa Marittima with its extraordinary testimony of mediaeval planning where one of the most important masterpieces of the Romanesque-Gothic Italian Architecture exists and in other words the cathedrale that as a majestic jewel conserves important works of art, among which the is the “Madonna delle Grazie” by “Duccio da Buoinsegna”. 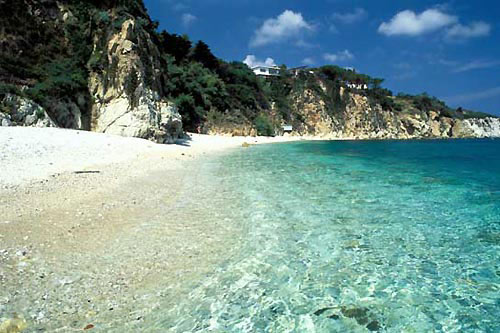 The Thermal Settlement and the Islands of the Tuscan Archipelago


The Tuscan water thermal, known and appreciated since the age of the Etruscans and Romans, spurt abundantly all over “Maremma”; the thermal of “Petriolo” dated back to XIII century, where the hot sulphureous water is received in characteristic out-door tubs along the banks of the river and the well-known antique thermal centre of “Saturnia” known since the Roman age.


Castiglione della Pescaia offers the possibility to enjoy daily excursions to the many islands that form the Tuscan Archipelago as Giannutri, Montecristo, the Giglio Island and the Formiche di Grosseto with their very suggestive emerging rocks. 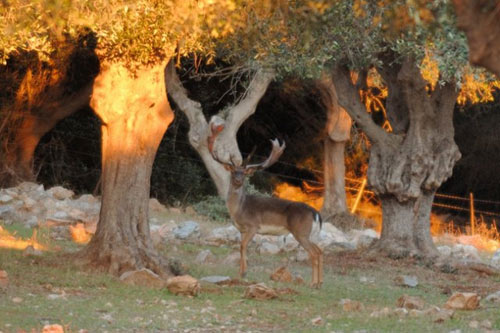 The Regional Natural Park of Maremma


The Regionale National Park of Maremma, also well known as "Parco dell’Uccellina", was created in 1975 and offers the possibility to take interesting and naturalist walks completely set in a green forest. Infact you can find all the typical ecosystem of the south of Tuscany
as the typical Meditarean shrubs and groves, the pine woods, the dunes, the rocky coast, the estaury of River “Ombrone” and the still existing swamps that have resisted. It is open all year round and it is ideal for observation of numerous variety of wild-life that populates this splendid territory as deers, foxes, wild pigs and a vast variety of species of birds among which are the “Pellegrino” hawk, the sea-pie and the tuft cuckoo. 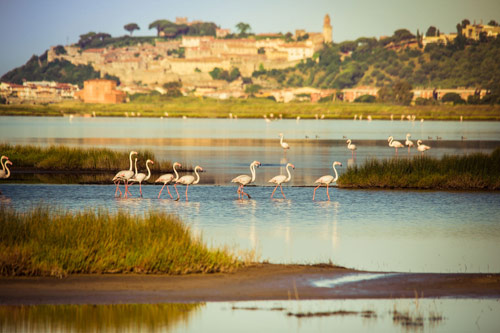 
Bird watching lovers can satisfy their interests in the natural "Riserva della Diaccia Botrona" where a very rare ecosistem is populated by flamingoes, sea crows and the white heron.


“Casa Ximenes”or “Casa Rossa” is located in the National Park and it is an important example of civil Hydraulic engineering of the “Lorenese” period and finalizzed by magnificient nineteenth century woks. Today the construction is the premises of a innovatry virtual museam equipped with plasma screens, mobile and interactive cameras that enables observation of the swamp. 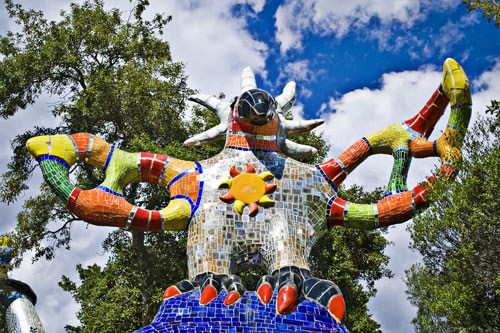 The Tarot Garden is an artistic park located at Garavicchio, in the vicinity of Pescia Fiorentina, in the Tuscan municipality of Capalbio (GR), created by French-American artist Niki de Saint Phalle, and populated with statues inspired by the figures of the Major Arcana Tarot cards. 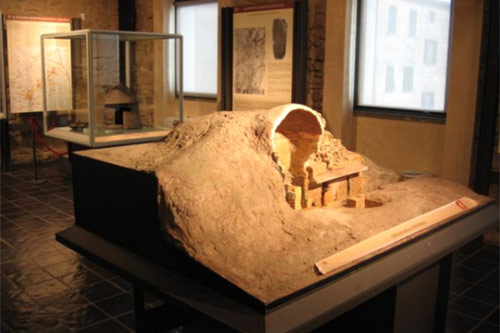 
Vatluna, now called Vetulonia, was one of the most powerful city states of ancient Etruria. Its splendour, which reached an apex in the seventh century BC, is testified to in the splendid findings unearthed in the princely tombs of the nearby necropolises towards the end of the nineteenth century.

Objects in gold, amber, and bronze accompanied the deceased on their journey in the afterlife, ensuring the presence of the same symbols of power and refinement, beauty and ease that had distinguished their lives on earth. These fabulous finds were discovered in all their glory by Isidoro Falchi, the doctor-archaeologist who was the first to conduct excavation campaigns and after whom the museum is named, testifying to the rich civilisation that has left its mark in this territory.

Visitors can follow the easy path that traces the history of ancient Vatluna right from its origins (the 9th century BC) up to the time of the Roman conquest (3rd – 1st century BC). Particularly beautiful are the funeral accessories from the Orientalizing era (7th century BC), the period of maximum prosperity in the history of this site, which include gold jewellery manufactured according to the very refined Etruscan granulation-dusting technique, bronze horse bits, imitation Corinthian ceramics, sumptuous bronzes, a large shield decorated with rows of animals in relief, and ornate ostrich eggs, all finds from the tombs of the nearby necropolises which testify not only to the high social status, but also to the wealth and prestige achieved by the Princes of Vetulonia. The bi-conical and bell-shaped funeral urns date back to the first half of the Iron Age (9th – 8th century BC), as well as other objects for everyday use such as weapons, buckles, razors, “ring-shaped” beauty accessories and “vase-holders” for banquets.

Check our location and read how to get Camping Internazionale Etruria...

The awards for the quality of the sea and services